Subsidy for new energy vehicles drastically retreat Why is the bus industry so "callily"?

Subsidy for new energy vehicles drastically retreat Why is the bus industry so "callily"?

The core tip: The speedup of the subsidy and deregulation policy is because the development speed of the new energy automobile industry exceeds the expectation; secondly, the government is constantly exploring and revising the promotion of new energy vehicles. The core of this is to spur enterprises to continuously improve their technological level. Bigger and stronger China's new energy automotive industry. 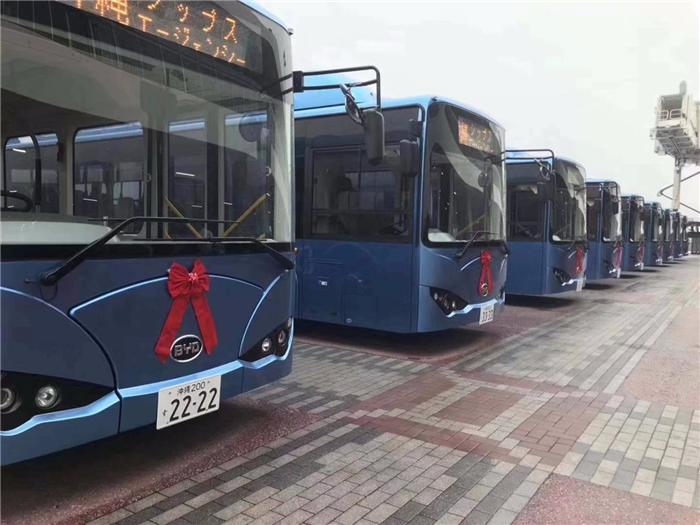 On February 12, the Ministry of Finance, the Ministry of Industry and Information Technology, the Ministry of Science and Technology, and the National Development and Reform Commission jointly issued the "Circular on Adjusting and Perfecting the Financial Subsidy Policy for the Popularization and Application of New Energy Vehicles" (the "Notice"), a subsidized new energy vehicle. The New Deal finally settled in all sorts of speculations.

Although the new government's subsidy retreat rate is relatively large and has a certain impact on the new energy auto industry, the reporter found in the survey that the new energy bus industry is clearly â€œvery calmâ€ compared to the clamour for new energy logistics vehicle companies.

So, where did this "quiet" emboldenedness come from?

From the "Notice", we can see that although the subsidy structure for new energy buses in 2018 is basically the same as 2017, it has obviously improved in terms of technical requirements, regardless of the energy density of non-rapidly-charged pure electric passenger car batteries, fast-charging vehicles. Recharge rate, or the fuel economy of plug-in hybrid buses, has not been small. Among them, the lower limit of the energy density of the power battery system was increased to 115Wh/kg, and the EKG (unit load mass energy consumption) was adjusted from not more than 0.24Wh/kmkg in 2017 to not more than 0.21Wh/kmkg. In addition, the amount of subsidy has also been significantly reduced, and the amount of subsidy for electric power has dropped by one-third to one-half.

Subsidy retreats are faster than expected, and they are also fiercer. Can bus companies eat up?

Zhang Ping, head of Nanjing Golden Dragon Technology, said that for the new energy bus industry, the most important technical indicator in the New Deal is the energy density of the battery. Whether it can meet the requirements depends on whether the technical route chosen by the company is correct. If the technical route is not suitable, it is indeed difficult to meet the standard. However, for most bus companies, the new technical indicators are not too harsh.

Li Tongsheng, Minister of Culture and Sports of Zhongtong Bus Brands, also agreed with this. He told reporters that since the various subsidy policies had been announced, the introduction of the New Deal did not make the company very surprised. Preparations, and many companies announced at the end of last year, the products have been able to meet the technical requirements of the New Deal, so most companies did not feel particularly scared, but will not appear in the first half of 2017 because of the lack of products can be caused by the dismal scene."

According to Min Zhihao, Senior Technical Consultant of the Bus Branch of the China Highway Society, as the new energy automobile industry gradually moves toward the market and the subsidy policy in the past two years has gradually declined, the sensitivity and dependence of bus companies on subsidies have been greatly reduced. At the same time, car companies are also aware that the product itself is based on the fundamental market performance, "for the subsidy slope, the company not only has psychological preparation, but also know how to deal with, will no longer feel helpless as before."

In the face of new subsidy policies, although bus companies can sell vehicles, it does not mean that there is no pressure.

Although the cost of the three power companies has been declining year by year, the cost of the core components such as batteries, motors, and electronic controls alone has been optimized, and profit losses caused by the reduction of subsidies by car companies cannot be avoided.

However, Li Shengsheng believes that today, under the background of the promotion of green environmental protection and energy conservation and emission reduction, the development of new energy vehicles is a general trend and a rigid demand, and auto companies must seize this opportunity. "In 2017, the rate of new energy in China's buses has reached about 80%. It can be seen that new energy buses have become the absolute main force of the bus market. At the same time, from the perspective of market availability, the new energy of buses The rate has reached more than 27%, and the new energy of buses has become an irreversible trend, he said.

â€œIn addition, the economic losses caused by subsidy and slope retreat are not entirely borne by the car companies.â€ Li Shengsheng said that after the subsidy retreats, the sale price of the vehicles will certainly increase, although this is the customer does not want to see However, after weighing the advantages and disadvantages, they will still tend to purchase new energy buses because new energy buses are very cost-effective in view of the total life cycle cost of vehicles. It can not only save energy, reduce the cost of use, and the maintenance cost of the later stage is much lower than that of fuel vehicles and gas vehicles. In addition, the state will also provide operating subsidies for new energy vehicles each year. Take the 8-meter bus as an example, the annual operating subsidy is 60,000 yuan. The vehicle is calculated according to the eight-year life cycle. This is a very significant income, showing that the new energy bus still has a very big advantage.

Zhang Ping also revealed to reporters that at present, the sales volume of Nanjing Jinlong has not declined due to the subsidy reduction. â€œThe New Deal will be implemented from February 12, 2018 to June 11, 2018 as a transition period during which new purchases will be made. Energy buses can be subsidized at a rate of 0.7 times the corresponding standard for 2017. In contrast, buying products during the transition period is more appropriate."

â€œBecause of the favorable subsidies policy during the transitional period, customers may choose to concentrate on purchases within this time frame, which also brings certain market opportunities for bus companies with technical and advanced product reserves.â€ Li Yusheng predicted that from February to June During the transitional period, sales of new energy buses will increase by a large margin. In July-September, the overdraft consumption will enter a cool period. In the fourth quarter, with the approval of vehicle procurement budgets of public transport companies, the overall market sales will again Ushered in a wave of peaks.

The "30,000-kilometer-long" policy loosened the pressure on companies to ease funding

In addition to the above changes, the New Deal also pays attention to the adjustment of the mileage requirement for new energy vehicles. The "Notice" stipulates that the 30,000-kilometer operating mileage requirement for new energy vehicles should be reduced to 20,000 kilometers, and a part of the subsidy funds may be applied after the vehicles are sold for licensing. In this regard, many people in the industry believe that this move will help ease the financial pressure of vehicle companies.

â€œThe previous '30,000-kilometre' policy required a lot of pressure on auto companies.â€ Liu Wei (a pseudonym), head of the Kaiwo Automobile Group, said that for new energy vehicles such as buses and coaches, a total of 30,000 will be driven. Kilometer is easier. However, for new energy logistics vehicles and new energy buses purchased by companies or companies for commuting, it may take about two years to meet the requirements. This means that the entire vehicle company cannot obtain subsidies for a long time and the capital chain is under great test. Today, the operating mileage requirement has been lowered. It is also possible to apply for a portion of the subsidy funds after the sales license. This is a very reasonable and humane policy, which greatly reduces the pressure on the company's cash flow.

"When the previous subsidy policy for new energy vehicles was introduced, we had objected to the '30,000-kilometer' policy and proposed to reduce the mileage requirement, but the opinions were not adopted. The new policy made adjustments to the enterprise. One thing that is very beneficial is that it has not only solved the problem of funding shortages, but also helped the company's own development,â€ said a person in charge of a bus company.

However, according to Chen Xiaolian, deputy general manager and chief engineer of Xiamen Kinglong Wagons Co., Ltd., the 20,000-kilometer operating mileage is still somewhat to some extent. â€œIn fact, the mileage of some utility vehicles is difficult to reach the specified value. This means that the subsidies can not be put in place in the short term, companies need to advance billions or even billions of dollars, which is the entire new energy automobile industry chain. The development is extremely unfavorable. In addition, once the vehicles are sold, they will change their hands several times. Once the production companies cannot track the mileage data of the vehicles they sell, they will still face problems such as being unable to apply for and receive subsidies.â€ Chen Xiaolian believes that if limited mileage is changed to technical means The monitoring may be able to more accurately identify whether the vehicle is operating or not.

In addition, regarding the argument that the speed of subsidy deceleration will have an impact on the new energy auto industry, Li Shengsheng believes that â€œthe rapid changes in policy will indeed bring about some negative impacts, but the government is to formulate policies in the industry rather than the corporate perspective. It is understandable to ensure that products continue to meet market demands."

According to Chen Jingyi, an independent observer of the commercial vehicle industry, the speedup of the subsidy withdrawal policy is due to the fact that the development speed of the new energy auto industry has exceeded the expectation; secondly, the government is constantly exploring and amending the promotion of new energy vehicles. It is to spur enterprises to continuously improve their technological level and enlarge and strengthen China's new energy automotive industry.

"Analyzing the context of the new energy vehicle subsidy policy, it is not difficult to find that the policy is shifting from expanding market size to strengthening operational value, that is, the government's focus is more on commercialization and marketization. Some previous subsidies were oriented. Enterprises will be difficult to sustain in the future. In addition, the New Deal also sounded the alarm for enterprises: must have forward-looking technical reserves, we must take the initiative to grasp the opportunities, can not blindly meet the policy, or sooner or later will fall into a passive." Chen Jingyi said. 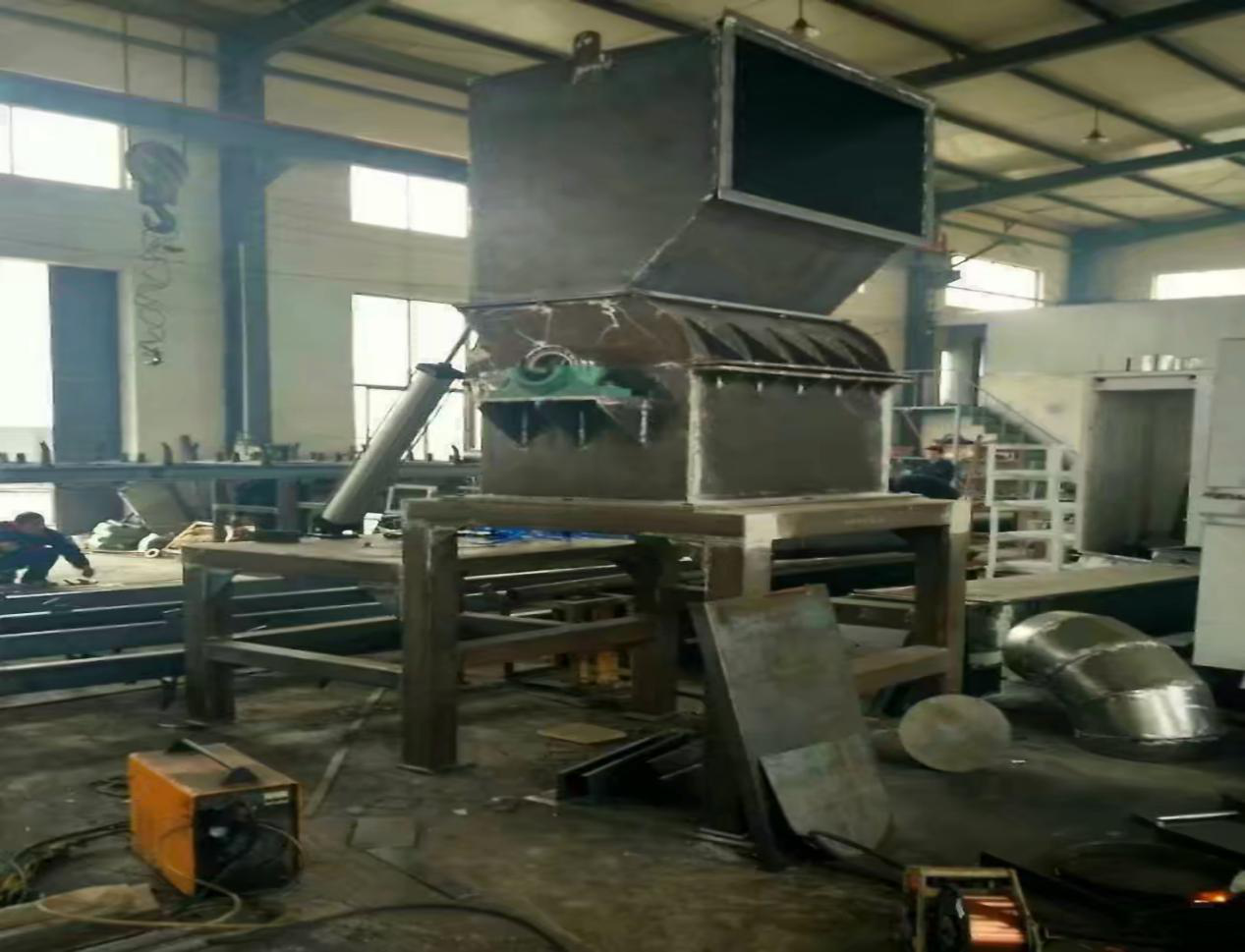 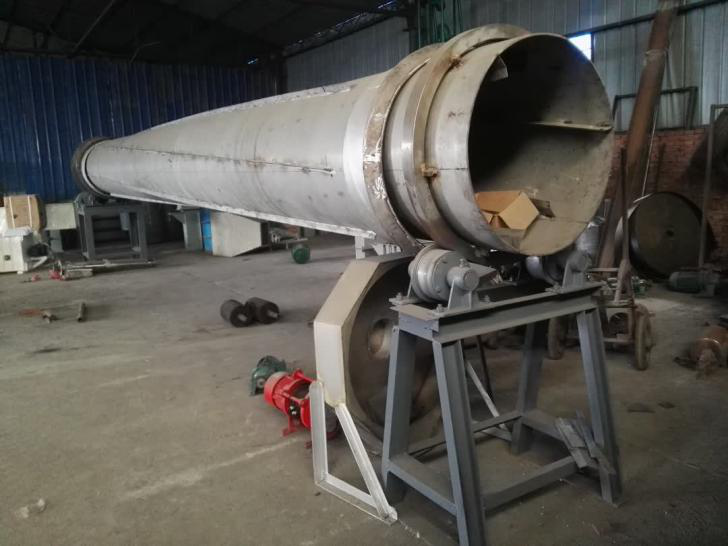 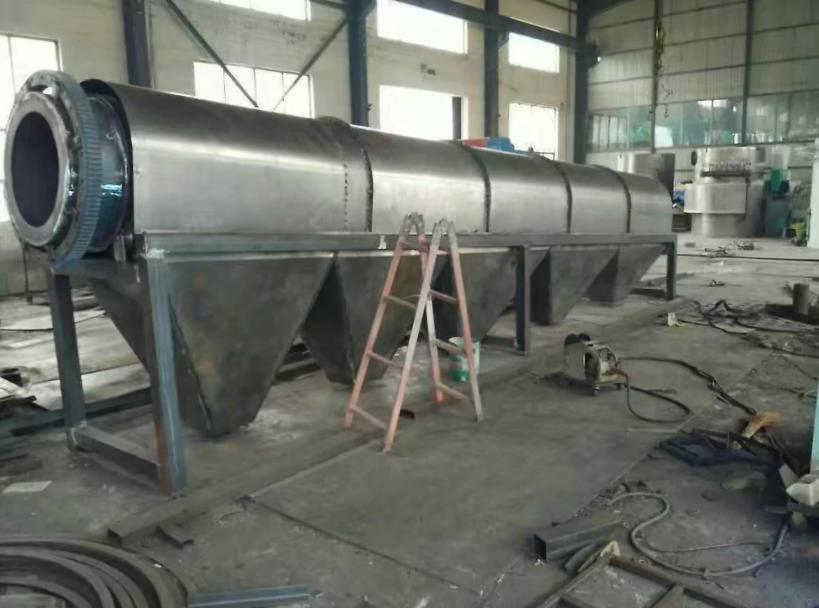 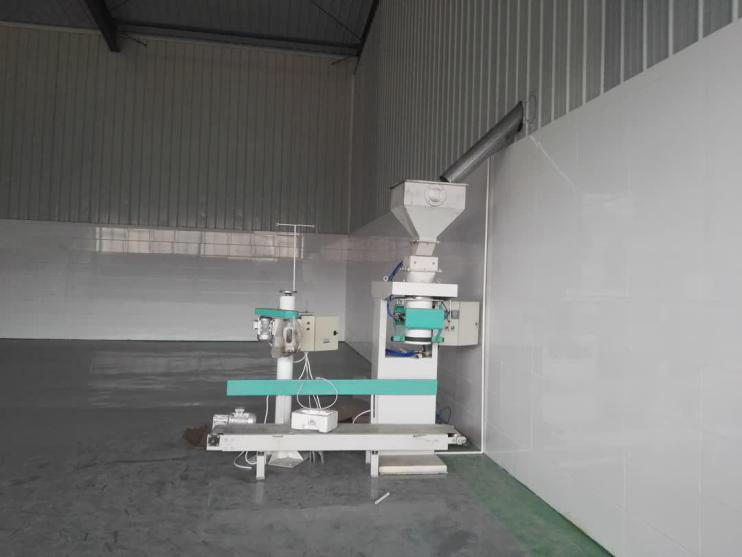 If you have any questions, please contact with us directly Welcome you can visit our Factory.For inqury,Please send mail directly to us.